What do you think?  When Ken grows up and stops dying his hair….

Honestly, I can’t decide if he’s more Ken-like, or more soap opera starry.  I wonder if he has an evil twin somewhere.    We probably should look into this before we vote for him.*

Dave gave me The Blog of The Day status yesterday. He likes me! (or at least one of my videos..) Hey Mikey! Pretty cool. Go read about him, he’s  interesting. Which makes me cool by comparison…. hmm… and thereby You. Congratulations. 🙂

Oooo. Have you heard of Jenny Owen Youngs? Surely you have…. if not, get thee to her myspace, and quickly. Listen to Things We Don’t Need Anymore. It’s a really superb and deliciously sad Christmas song. I would love to meet her and talk about the background of all of her songs. If you’re into lyrics like I am, you will adore her.

It’s time for me to go to bed now. I have more to say, but I think I’m just going to try to jot them down later, my parents are coming to town, so it’ll be a weekend full of lovely Disney Magic. And you know I’m a sucker for Disney Magic. 🙂

I’ll leave you with a PSA that we all need….

**edit** If I had an Idiot of the Day theme, I would use it for this man. He won’t even remember the heroic measures he took to keep that good vodka out of the hands of unappreciative, uncultured airport employees.

Aah. SugarBabies.  Candy of choice for BethyGirl2.  BethyGirl1 chose beef jerky.  (Don’t ask, it’s junk food Friday, she’s allowed.)  After a week of staying up til 3am typing 5th grade research papers, and arguing with hardheaded oldschool educators, today was a much deserved sigh of relief.  Junk food Friday was welcomed with open arms fo sho.  School’s almost out, and everyone in my house can’t wait til it’s done.

Last soccer game of the season tonight.  They haven’t won one yet,  and even though that’s not the most important thing, it would be really nice to go out with a win.  I’ll be cheering my soccermommy head off.  You do that too, k?

And last but not least, on this extremely random and sleepy day, I’ve discovered Ron Paul, one of the Republican nominee hopefuls.  I really like this guy, and so, of course, I’d like to share him with you all.  Cause I love you so. 🙂

He’s got more subscribers on youtube than any of the other nominees. I’m proud n stuff. Here’s a sampling of him on Bill Maher… I think ol’ Bill expected to make him look stupid, but the audience seemed to like what he had to say.  What do you think?

and here he is at the Republican Debate~

Ok. I’m finally sitting down long enough to jot down the random thoughts in my head regarding the Don Imus thing… even though, seriously, I’m tired of thinking about it (due to my 4 hour conversation with JohnnyFive last night.)
Since I’m not feeling completely capable of putting together a paragraph, I’ll simplify things.

Part of me honestly thinks that this is a gross overreaction to an unfortunate unfunny joke.  But the minute I say that, I wonder if that makes me part of the underlying racism that does exist in this country.  I’m not sure I know the answer.
I read a very good article this morning, and in it was this quote from Dr. DeForest B Soaries, Jr, with whom Imus discussed these underlying racist ideas that lurk in so many: (actually this is Imus quoting Soaries)

“You know, at the core of every black person…you have to understand this…they believe that white people don’t like them. and they believe, that no matter how good a white person is, that at some point, it comes out. Like it came out with you. And that just confirms what they think. And if you’ll say this, what will they say?”

Now that makes me think.

And I don’t know the answer yet.

Guess none of us does.

a thousand words, right? Well here you go. Read whatever words you’d like on this one, but I only need three. 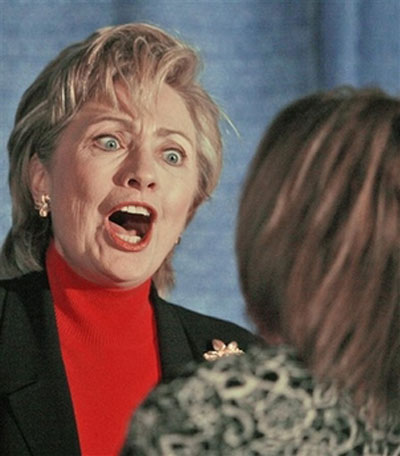 CHICAGO—Nate Carney, 28, your well-read, politically minded friend of eight years, made you feel ignorant again Tuesday with his incisive breakdown of the current Democratic presidential candidates.

“With former Daschle staffers like [early-state adviser Steve] Hildebrand and a reform-minded message guru like [media consultant David] Axelrod, Obama’s got the team in place he needs to appeal to everyone from the netroots to the AARP set,” said Carney, whose impromptu analysis reminded you that you still haven’t gotten around to reading the Obama cover story in that issue of Time magazine you purchased five months ago. “But even if the youth demo[graphic] increases its already improved turnout from ’04 and ’06, Obama’s still going to need to win over a significant number of rank-and-filers who support [Sen.] Hillary [Clinton] in order to gain a competitive number of convention delegates. Especially considering all the proposed changes to the primary calendar next year.”

After listening to more than 20 minutes of his well-reasoned extrapolation, you were too bewildered and disoriented to ask him what’s up with McCain.